Private Nathan Lloyd Smith was born in Halifax, Nova Scotia in 1975. Nathan grew up in Ostrea Lake and Porter's Lake. He attended Eastern Shore District High School, graduating in 1993. He graduated from the commercial diving course at Seneca College in Newmarket, Ontario in 1997. Smith enlisted in the Canadian Forces on September 24, 1998.

On April 18, 2002, Smith along with three other soldiers, were killed in a friendly fire incident near Kandahar, Afganistan. An American laser-guided bomb was dropped on members of Princess Patricia's Canadian Light Infantry taking part in a live-fire training exercise. Their deaths were the first of Canada's war in Afghanistan, and the first in a combat zone since the Korean War.

A memorial site (pictured below) for Private Smith is located on the grounds of ESDH. We will remember him. 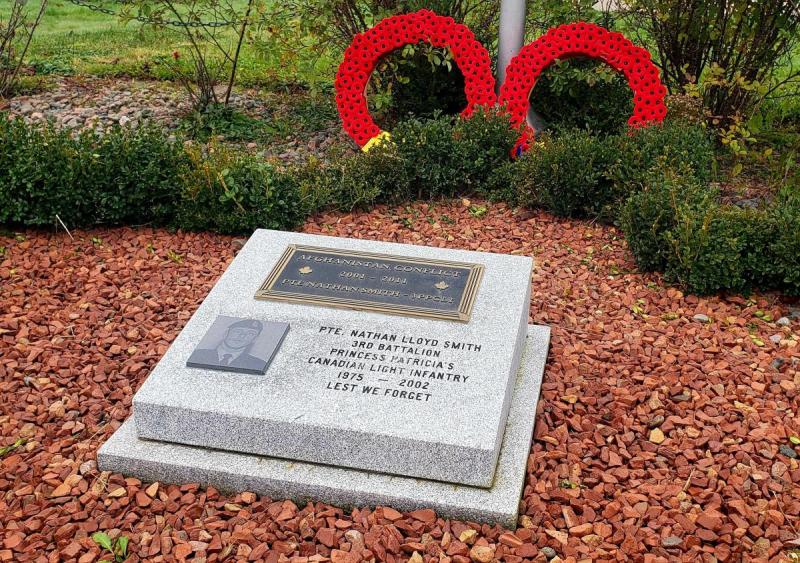